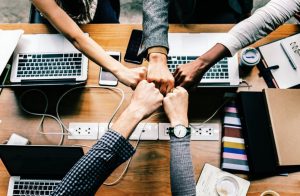 Microsoft Dynamics 365 has been hailed the epitome of the modern-day software tool of the century. There is no denying how it has changed the way that the business process work and interact between themselves. By conjoining the other two mega applications namely ERP and CRM into one super giant software, the possibilities of what Microsoft Dynamics could do were tremendous. Implementation partners such as Microsoft Dynamics 365 MSC Consulting have since helped many businesses achieve efficiency success with the software.

There was a lot of hope and promise of revenue generation by the software. Ever since it’s official release in the April of 2018, the software has been reviewed for its performance with both the uses and downsides coming to light.

Singapore is one of the richest countries in the modern world. It is dependent largely on the way its business sector works and innovates. The lifestyle of the people in the country and the global standing it has, needs to be maintained by the government. In the world of technology, new tools pop up from time to time that better the way processes work. And it is the need of the hour to adopt to newer and better solutions and maintain the already grounded systems. For those companies who lag behind other competitors, one of the reasons could be because they don’t innovate. Microsoft Dynamics 365 is hugely popular in Singapore with its applauded ease of use and low purchase cost.

The software combines two previously independent entities into one, thereby, creating a super application that has speed and accuracy. The user can use it in the form of cloud computing and can access it at any time. It provides with a transparency of workflow that was not possible to see with outdated applications. There is no doubt that the pros of using this software outweigh the cons, but it is important to analyze what they are and how they can be avoided.

The mobile version for the software has very limited use and for the whole application to use portably, one must spend extra to maximize mobility. It requires large customization for initial setting up which is very time consuming. The Outlook feature on the application tends to glitch. There is room for improvement as far as report making is concerned. The application is not very user friendly when it comes to creating new customers. A lot of problems have been faced by users in this regard, specifically qualifying a new one. The user interface could be bettered to adopt the new updated versions of the system.

A Balance: What Does Your Business Need?

These are some of the improvements and suggestions that could be made to the software, from users and customers alike. By and large, Microsoft Dynamics 365 solves more way more problems than it causes. Some improvements just need to be made to better the software and help with the sustainability of it. As a business owner, you need to first know your company well, its processes and future plans, before making the decision on improvements to efficiency and workflow steps. For growth and health of the business, technology can most definitely be an aid.

Sarah Nelson is a 35-year-old former tradesperson's assistant who enjoys camping, painting and escapology. She is stable and reliable, but can also be very pessimistic and a bit moody.